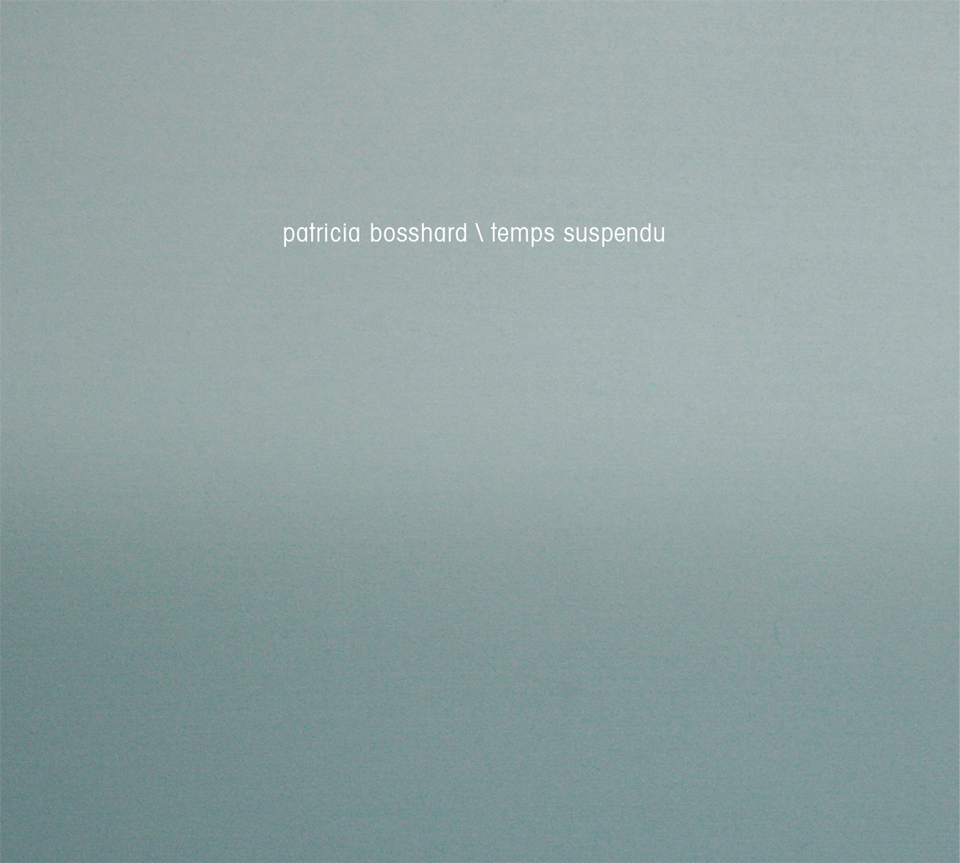 In 2011, the Association Eustache gave me carte blanche to compose a piece on
the occasion of Le Grand Eustache’s annual concert in Lausanne, Switzerland.

I composed a work for my favourite sonorities, dear to my universe: the infinite register of strings. Starting with a quartet formation, I added the double bass for
its palette of low sounds, and percussion for its resonances.

The compositional work was put together as rehearsals progressed,
with experimentations and improvisations guiding the writing of the score.

This quintet explores the full richness of the strings, from the most
extreme sounds to the most unknown. It is a bruitist piece,
which offers us great refinement and considerable inventiveness.
Disconcerting, dreamlike moments… suspended moments.

Adapted from the Eustache programme notes, 2013

My language is essentially bruitist,
inspired by the sound environment and based on the creation of sound.
studied electro-acoustic music, and this aesthetic strongly influenced me:
listening is situated at the level of sensations and speaks of sound images,
opening a field of poetry between the concrete and the abstract.
The electronic music work made me sensitive to ‘abstract’ sound and to the notion
of frequencies and their transformations,
thanks to technological tools.

I seek to reproduce, on acoustic instruments,
this electro-acoustic language that feeds on sound effects and environmental sounds to create a music made up of textures in transformation and subtle, shifting noises.

The sound result of such research results in matters and reliefs rather
than the customary language of harmonies and rhythmic or melodic motifs,
this involving ‘extended techniques’ in the instrumental playing.
It then comes down to daring to play one’s instrument in a different way,
rubbed from one end of the fingerboard to the other,
used percussively by crushing a string,
or using objects to make it resonate.

‘What then is this breath hidden in the middle of the world
by which the future first becomes present then past?’

The different sizes of sound-boxes of the string quintet open up an interesting sound
field for these textures. I kept the classic compositional base: all the instruments play
the same sound from the upper to the lower registers, from violin to double bass.
This range nurtures the matter and offers a wide spectrum
for the same playing technique.

We sought and explored the way to play every noise so that it would sound
as good as possible and be playable with a large variety of expressive modulations.
The musicians integrate the gesture, play with their technique and know-how, and give free rein to their interpretation.

Even though it is not perceptible that this is a string quintet with percussion, this music could not be played otherwise than with these instruments. The primary specificity of this formation is due to the immense richness offered by the bowing.
The subtlety of horsehair on a string, rubbed, pressed or crushed,
gives an expressive palette that I exploited throughout this disc.

I dissected this setting-in-motion of the horsehair on a string, these strokes of the bow, to make a sort of non-exhaustive catalogue of them that constitutes the basis of the score. To hear these details clearly, sometimes at very low volume, we have used amplifiers for two pieces: Souffles secrets and Craquements.

Annik Rody (violin), Sara Oswald (cello), Jocelyne Rudasigwa (double bass),
Marie Schwab (quinton [five-string viola]), Laurence Crevoisier (viola in the World premiere) and Luc Müller (percussion and objects) participated in the elaboration
of this composition. They play all different styles of music, whether it be jazz,
popular song, contemporary music or traditional music.
This approach to the instrument and the desire to experiment give a great
open-mindedness, necessary for the sound research such as we worked on.
We rehearsed a great deal together, everyone voicing his
or her ideas according to the materials proposed.
This way of creating music enabled each of us to appropriate this language
and reproduce it with considerable imagination and creativity.
All the musicians gave a part of their soul for this disc.
In Ailleurs, I play the Tonatem, an instrument invented by Bill Holden,
a neck with one string surmounted by a resonator.

Luc Müller’s percussion instruments are specific. He personally builds his instrumentarium with diverse, heteroclite objects, be it a pot, a vase, a basin, pieces of metal or wood, and any other object that produces a sound. Luc plays looking for resonances, harmonics, or rubbing, scraping noises and causes surprises…
He thereby created and defined his instrumental universe for Temps Suspendu in order
to blend in with or stand out from the sound of the strings,

4 Nebula
‘I have the time of the universe in me, including non-time’

Temps Suspendu is a mixed score, i.e., it gives very precise indications,
but the time in which the events take place is largely improvised.
The musician sometimes has considerable freedom in the way
of making his or her material evolve.

The Megadisc Classics label records in stereo, with two microphones only.
It is worth underscoring the importance of the recording moment.
This work is characterised by improvisation.
We recorded each piece in a single live take without interruption.
The energy necessary for the development of the pieces does not allow for stopping midway through performing. Furthermore, the liberty and momentum taken by each musician makes any editing between two recorded versions practically impossible.
Recording ‘in the old way’ requires concentration and relaxation.
Thanks to our connivance and involvement during the recording
in Studio Acoustique of Philippe Muller,
we lived a special, timeless moment.

A cabinet of curiosities

Perhaps it was a dream, but the huge door.
Patricia had to stand on tiptoes to reach the gilt handle that only yielded with difficulty under her weight. With both hands, she pushed open the rosewood door and long remained motionless on the threshold. Lining the four walls of the room were maple shelves on which stood hundreds of unknown objects.

After having climbed a pair of steps in ebony, Patricia delicately picked up an object
and set it on the long spruce table that occupied the middle of the room.
She made it spin delicately on the table, looking at it from all different angles until
a particular alignment of its elements made a new object suddenly appear
out of the object. Her eyes slowly screwed up, and a smile played in her pupils.

After a few minutes, she went to look for another object and placed it next to the first. This was a fine rectangular plate in metal, flexible, cold and shiny.
A third object, a small, silky ball of black horse hair, soon joined the others.
She had fun putting them together, exploring all possible combinations,
making worlds suddenly appear.
By thus exploring new arrangements of materials, forms, colours, the time passed so quickly that the light was already fading. She pushed the heavy door, resisting the temptation to turn around and without knowing that she was feeling nostalgia for the first time, when she noticed, all about her, that the landscape had changed.