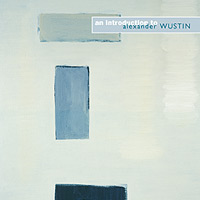 Born 24th April 1943 in Moscow, where he studies at the Conservatory with Grigori Fried and Vladimir Feré. Before leaving in 1969, he composes several pieces in which he remains faithful to his education: Quartet (1966), a cycle of melodies and Symphony (1969). In the early 70s he writes a Cantata on war poems, based on texts by the likes of Pasternak, A. Surkov and Eluard. This Cantata marks the end of a period which he would soon afterwards regard with unrestrained self-criticism, the more so since in 1974 he becomes editor of the music publishing Sovietski Kompositor, a privileged observation post from which to judge all official Soviet compositions. His Nocturne for vocalists and ensembles (1972) introduces the renewal of his musical language, based on different sources of inspiration: birdsong, the musical function of the text, the place of the percussion in the whole when its subtleties become more important than its direct impact, the theatricality of the sonorous message. On a harmonic level, Wustin is intrigued by the serialism which is so predominant in Western Europe during this period. Fascinated by the role of numbers in music and in particular the number 12, he develops his own system which associates pitch and duration with the beginning of simple melodic and rhythmical cells. A range of some twenty compositions outlines this search, which is characterised by a constant concern for the legibility of his work on behalf of the listener, from the 1975 composition The Word to the 1992 piece To My Son.

Wustin's music often bears a message and most of his compositions are based upon explicit references to certain people (In memoriam Boris Kliusner at the occasion of this Jewish musician's death in 1975, Zaitsev's Letter, Act from Luigi, as homage to Nono's influence, Dedication to Beethoven), by choice of text (The hidden ideas of Kosma Prutkov, satirical texts published by A.K. Tolstoi under this pseudonym, Return on the poems of D. Chrchedrovitski, exerpts taken from the Beatitudes. His Three Hymns after Platonov, inspired by his novel Tchevengour, which was banned for half a century. Written in true Cervantès style, it is the ironic tale of the failure of the revolutionary utopian dreams). Certain references are made explicit by musical quotations (orthodox hymns, popular Jewish melodies, the theme of Scriabine's Prometheus or The Survivor of Warsaw by Schönberg).

Most of his compositions are limited as far as duration is concerned and he often uses small instrumental ensembles. Nevertheless, Wustin is also responsible for a number of more ambitious compositions, such as The Feast (1987) for choir and orchestra, written on texts taken from a compilation of 17th century hymns. Another example would be The Infatuated Devil (1989) after Jacques Cazott's famous masterpiece. This is not the eclecticism of an aesthetician but the result of a long period of reflection on the fate of man in his confrontation with time, destiny and death. The compositions mentioned above are snapshots of this evolution, which started in 1975.

The Word for wind instruments and percussion (1975)

Dedicated to his first tutor, Grigori Fried, this piece was written for seven wind instruments and an ensemble of percussion instruments where the tam-tams, the bongos and the wood blocks play a major part. The initial recitative, played in unison by the oboe, the clarinet and the saxophone is reminiscent of Stravinski's Symphonies for wind instruments. The answer of the brass section is limited to sustained notes, accompanied by increasingly throbbing percussion instruments. The third part is more animated and very syncopated. All instruments resume the initial recitative, be it in a more complex form.

The ensemble consists of a string quartet and kettledrum, bass drum and gong. Long string chords and the rolling of the bass drum constitute the accompaniment for a child's alto. The child sings as if it were performing a psalm. The text contains excerpts from the famous Speech on the Mountain (The Beatitudes), taken from the Gospel according to St. Matthew. The first five beatitudes evoke successively the poor in spirit, those who weep, those who are gentle, those who crave for justice and the merciful. After an interlude by the strings, the all-important question is raised: Who are the pure of heart that will meet their Saviour ? If not by its spirit, then certainly by its language, this piece reminds us of the prayers of Leben ohne Weihnacht (life without Christmas) by Gija Kancheli or of the Prayer to the Holy Spirit of Knaifel (Megadisc MDC 7855). This reversion to pure and serene music in a true Franciscan spirit once again illustrates the astounding spiritual perestroika of a type of music still deemed Soviet in the late 80s when, in truth, it was the system's unconditional disavowal.

Music for ten on a text by Jean François Laharpe (1991)

Right up to this very day, Wustin's opera The Infatuated Devil has not yet been staged. It is entitled 'Scenes for Voices and Instruments'. Music for ten proposes an analogous scene and was commissioned by the Schönberg Ensemble from Amsterdam and the Holland Festival. Dedicated to its director at the time, Elmer Schoenberger, this composition uses a text from a Russian edition of the 'Fantastiques Nouvelles' by Jean François Laharpe (1739-1803). Apart from being a dramatist and literature critic, he also witnessed the French Revolution and the violent death of Jacques Cazotte, author of the fantastical and allegorical novel The Infatuated Devil, who was guillotined in 1792. Here Wustin adapts one of Laharpe's short stories, viz. 'La Prophétie de Cazotte' (Cazotte's Prophecy). A group of young citizens is playing cards and having a discussion on the eve of the storming of the Bastille (14 July 1789). All of a sudden, Cazotte's voice rises above the mishmash to announce that revolution is imminent. He prophesies the deaths of Condercet and Chamfort, who respectively prefer poison and the razor to the scaffold. Others, however, cannot escape destiny: anatomist Vicq d'Azyr and lawyer Chrétien de Malesherbes and, finally, the King himself. Consequently, the musicians rise to their feet and the piece ends with the repeated murmuring of Kyrie Eleison. As implied by the title of the piece, this composition calls upon ten interpreters, the tenth one being the conductor of the ensemble, who guides the scan by hitting his music standard with a pencil. The musicians also dispose of a microphone as it is also their task to recite the text, based on the indications of the score.

To my Son for flute and instrumental ensemble (1993)

When one day he hears his young son humming and whistling in his own private way, Wustin encourages and documents these improvisations and from 1982 onwards he starts recording them. He also adds some piano accompaniment or elementary percussion arrangements. He experiments with the material but it is not until 1993 that he composes this last elaborate version . The result is a kind of chamber concerto for flute. Alternating cadences with dialogue, this score creates a very specific sonorous atmosphere which explicitly underlines the mysterious character of the piece. The percussion is almost constant but its presence is subtle and light. The clarinet and the bugle, finally, often play in unison and appear to answer the questions raised by the flute, as if to mimic the long dialogue between father and son.

The title reminds us of childhood and motherhood rather than heroism. Nevertheless, this unusual comparison can also be found in Debussy's oeuvre, be it in one of his less popular pieces. In 1914, Debussy is invited to participate in an album published by an English newspaper that wants to pay tribute to King Albert of Belgium. Debussy hurriedly composes a short piano piece which even features the Brabançonne. It is also the war that inspires Wustin's more ambitious work, which was written for six performers. As in Music for ten, he calls upon the voices of the musicians but without text. In a sonorous climate that is rather dreamlike than hypnotic, gloomy evocations are passed under separate review. They are made explicit by a number of citations (Beethoven's motif of three long – one short, which can also be found at the beginning of Mahler's Fifth Symphony) or, in the middle of the piece, a quick reminder of Boris Godounov or Schönberg's Survivor of Warsaw. These references to Germany, Russia and the Shoah bestow an elegiac and dramatic meaning upon this unusual and profound piece, which ends in the performers' monosyllabic murmurs (la-la-la), this time in true lullaby style. The composition was dedicated to Russian composer Alexander Raskatov, Wustin's friend and colleague.