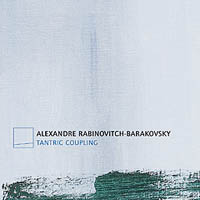 Sinfonia concertante for orchestra The significance of the “Maithuna” ritual in Hinduism and Tantric Buddhism is ambivalent. On one hand, it can mean the sexual ritual during which the woman is deified by her partner and the sexual act thus takes on a sacred connotation. On the other hand, this deification of the woman can also happen virtually – with the “inner woman”, which forms an integral part of the man's psyche as an androgynous entity.

According to some oriental traditions, the woman is the one possessing the energy reserves, the vital forces that the man lacks and without which he remains creatively inert. In Shivaism, the god Shiva is usually represented embracing his feminine part, his Shakti, thanks to whom he becomes the active, dynamic and omnipotent being. One can also observe that many cosmogonic narratives from various traditions tell of the coupling between the mythical sky and earth. The ritual couplings between the great priestess and the great priest on top of the ziggurats in Sumer or the Temple of the Sky in China only repeated the first founding gesture of the Earth- Sky couple, a sort of celebration of the return to an original androgynous unity.

Inspired by Tantric ideas, I focused my attention on the essential characteristics of the

“Maithuna“ ritual such as worship, exaltation, dynamism, magic, enchantment, wonder – the positive emotional charges – to try and translate them musically and reveal their cognitive and intelligible properties. “Maithuna” is an integral part of my global work called “Anthology of Archaic Rituals – In Search of The Center”.

The work “Jiao” was composed in Geneva in January 2004 for the chamber orchestra “Musiques nouvelles”. It is an integral part of the global work called “Anthology of Archaic Rituals – In Search of The Center”, which I have been putting together for over thirty years.

“Jiao” is an essential ritual within religious Taoism (Daojiao) through which the visceral commitment of Chinese traditions to ancestor worship is expressed. One can find the same obsession to communicate with ancestors in all cultures – Slavic, Ancient Egyptian, Celtic, Black African, also in Buddhism where the ceremony for the commemoration of Buddha's death takes place in such a touching and visionary manner with the little lit up lamps floating on the rivers, intending to evoke the progression of the deceased towards the paradise of one of the buddhas being honored. Even in prehistoric man's cave art, paleontologists have managed to uncover the tendency to pick up (Musterian civilizations) or to send (later, in “troglodyte art”) messages to and from the ancestors' souls.

However, I was especially interested in the exorcism aspect of the “Jiao” ritual, which deals with the appeasement of the torments and suffering of the souls of the deceased or with the expulsion of malicious spirits. This allowed me to remain within my favorite domain, the one relating to musical analysis of the states of exaltation and trance and to the reflection on the polarity in a couple (energy, entropy).

It is also surprising to note that the transgenealogical movement in psychoanalysis has brought back the concept of the “return of the ancestors” and that certain psychoanalysts (psychogenealogists) do not hesitate to draw their inspiration from Taoism or shamanism – I am thinking particularly of the work of Didier Dumas.

The questioning of the ancients about man and his relation to the universe and the hereafter seemed to me to have the ecological dimension that I tried to find the counterpart of in the musical discourse. The reactualization of this questioning of archaic traditions in the musical language has become my essential task.

ON ARITHMOSOPHY How does one make sense of the apparent chaos of cosmic whirls described in Taoism, and of the conflicting movements of negative and positive energies running through the universe? How does one make sense of the movements of the soul experienced by humans which can be related, by analogy, to atmospheric or cosmic turbulences (clashes between galaxies, explosions of dying stars, etc.)? The chaotic aspect of this simultaneously creative and destructive thrust (in the pantheon of Hindu gods, this role is ascribed to Shiva) cannot overshadow the other aspect of these dynamics that were initiated by the first gesture in illo tempore, i.e. the tendency of the conflicting forces towards harmonization and appeasement of their antagonisms. Pythagoras asserts that “everything is organized according to numbers”. Consequently, it is interesting to observe that the “sacred spaces” were represented in various cultures mainly by architecture, in which the primacy of the number is unquestionably visible, as well as by music, an essential component of ritual practices in traditional societies. In architecture, the visibility of structures based on numbers is indisputable. In music, however, the numerical relationships resorting to the symbolic system of numbers – I am thinking of the polyphonic era and Bach in particular – are not perceptible to the ear, because they are coded using cryptographic methods.

They are only visible to the eye, i.e. they can only be detected through analysis. I developed an interest in the metaphysics of single numbers after reading the “Yi-king”, the Chinese book of changes, published for the first time in Moscow in 1964, if I remember well. And for at least 30 years now, I have been trying to give numbers a chief role in the unfolding of the musical discourse, with all of its connotations, be they symbolic, metaphysical or even psychological. For numbers can, through a system of methodical repetitions, reveal and bring to awareness pathological or obsessive states of the psyche. In “Psychology and Religion” Jung cites as an example dreams repeating themselves in correlation with the number 4, which brings him to the conclusion that “the formula of the subconscious is a quaternity”. As for the essential purpose of the treatment of numbers in my music, I aim at making their symbolic and intelligible aspect spontaneously audible and perceptible to the ear. Music arose from magical and ritual practices. This purifying function of music, directed towards the quest for the sacred that is located inside of ourselves, could also prove to be ecological in the era of the Homo Sapiens' self-destruction, which makes Brueghel's allegory so surprisingly realistic today. Alexandre Rabinovitch-Barakovsky December 9, 1998 (for a concert in the Zurich Tonhalle in December 1998)

[…] I also had to reflect on the musical mythology that has been formed over the last three centuries, from the 17th to the 20th, which is based on tonality and which gave a predominance to the expressive side of music. You know the theory of affects that came after the mannerism of which Gesualdo is the primary representative; a new period began with him. The language is extremely codified: There are certain formulas to express very different states of the soul but which remained very much objective. That changed in the 19th century with the arrival of subjectivity. With the Symphonie Fantastique of Berlioz, the composer put himself on Freud's couch for the first time. That prepared the ground for the arrival of psychoanalysis at the beginning of the 20th century; it was music, I think, that prepared the way for Dostoyevsky in literature. In Mahler there is such a turbulence in the expression that it becomes unhealthy. That furnishes the primary material for my work: I like to place myself in the labyrinth, where you find all this torment, but what interests me is the path from the labyrinth towards the center, the center of the personality. The goal of my work is to try to uncover the intelligible side. That's where the analyst comes in, and the role of the analyst in my music is played by numbers: I can analyze emotions using numbers. […]