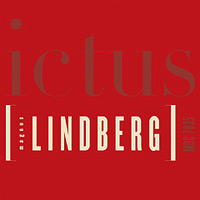 Contemporary composers have inherited both post-serial thinking, which emphasizes the formal construction of any given work, and the spectral movement, which demonstrates a preference for the meticulous exploration of the sonorous material. Consequently, modern composers necessarily adopt a polymorphous approach to music and, quite consciously as a matter of fact, remain susceptible to various spheres of influence. Western music history has been evolving towards an accumulation of a number of thoughts and styles, presenting the composer with the extremely difficult task of distilling his own version of music history out of the plenitude of information. Finnish composer Magnus Lindberg[1] is one of these creative writers whose imagination is nourished by a myriad of musical forms. He translates these forms into his own musical language with stunning expertise. Instead of resorting to quotes or references, he introduces signs or traces that seek to embed themselves in a history of his own creation, using his virtuosity to display its many riches and riveting detours. Any quote or, more likely, allusion to other composers that might feature in Lindberg’s work has only been inserted because the fragment in question reveals sonorous material, the harmonic or rhythmic structure of which may be assembled with other elements in order to establish a true musical discourse. This discourse asserts itself there where, according to Schoenberg, we are faced with the choice between style and idea. With both Lindberg and Ivan Fedele, "the style is the idea"… But what exactly is this style ? “If I was a dogmatist in the past, I would now deem myself an empiricist, a pragmatist : I stir my own mixture of possible combinations and spectral ideas or concepts, even elements of tonal music or certain aspects that are considered minimalist. Above all, the language must be rich. As I feel that the structure should be strong and coherent, I cannot conceive of any reason whatsoever to eliminate those elements that contribute to the expressive strength of a composition. Because of its diversity, the language is fertile and one has to let it blossom. Even when I insert consonant tones, even though my work contains the occasional quote, I have never thought of myself as a post-modernist composer."[2]

Related Rocks for two pianos, two percussion instruments and electronics, constitutes a perfect illustration of Lindberg’s polystylistic conception of music. Commissioned in 1997 by Ircam, with the support of the festival Musica (Strasbourg), and destined for Ictus, the composition was subsequently integrated with the choreographic creation Just Before by Anne-Teresa De Keersmaeker. Using all the resources of the computer in music, Lindberg creates concepts that are subservient to the composition of the work and to the creation of sonorous objects unleashed by the pianists, who operate the computer by means of Midi-keyboards. It is obvious, therefore, that Lindberg establishes continuity between sonorous units of the utmost diversity, between various harmonic and/or rhythmic ensembles, and even between stylistic allusions that are not at all or only distantly related. Lindberg applies this technique to such an extent that certain critics do not hesitate to accuse him of musical patchwork. But this diversity has particular bearing on the material and the instruments for which the piece is written : the pianists practise each and every form of writing that has been developed for the instrument over the last two centuries, whereas the percussion section reveals its close correlation with minimalist music, jazz or non-Western music. In this manner, every music section and each stylistic fragment is clearly delineated and Lindberg’s genius resides in the creation of continuums. As early as 1992, Lindberg explained how one can compose with differences as a point of departure instead of proceeding on the basis of similarities : Related Rocks bears a strong resemblance to Feria, a composition for orchestra that dates back from the same period, and to Joy, a work for ensemble and electronics. Similarly, the quintet for clarinet also finds its origins in a piece for clarinet and cello entitled Steamboat Bill Jr.

Clarinet Quintet: Commissioned in 1992 by the Kuhmo chamber music festival, this quintet exhibits Linberg’s extraordinary compositional virtuosity and exceptional skills of interpretation : the rhythm is sustained throughout the piece, which is dotted with brilliant musical finds that are based upon a harmonic principle of exceeding simplicity, viz. that of the chaconne. Although the opening suggests that one is dealing with a sonata for clarinet and cello accompanied by the three other instruments, Lindberg in fact sought to establish orchestral sonority through the harmonic fusion of the strings, coated with the trills of the clarinet. As to the form of the composition, Lindberg states that "the various sections of the piece are buttressed either by the static material consisting of different scales in order to evoke the buzzing of insects, or by directional developments that compel the music to gradually change its character by driving the scales and the speed of execution to extremes. »[4] Lindberg’s compositional thinking is just as indebted to music history as it is to our Western society. Yet more proof of the fact that, without the slightest doubt, contemporary composers are subject to the evolution of that society. Eric De Visscher

« Every musical object possesses its typical harmonic and rhythmic behavioural patterns and variations in timbre, invariably raising the question of exactly how these objects transform themselves into other objects. In my particular case, the foundations of the larger sections of a composition are laid by the nature of the objects with which I work and by the transformation process I initiate. I assemble a number of fundamentally different elements and create a great deal of tension between the different materials. (…) Subsequently, I arrange the transformation of those characters. (…) This is how I attempt to weld together the various aspects of the musical material. We have allowed ourselves to become much too focused on the parameters of musical thinking. A large number of composers still seek to break the music down into a number of parameters, although what they should really be doing is bringing them together. »[3]

Ictus is an ensemble for contemporary music based in Brussels, in the building of the Rosas dance company. The ensemble consists of musicians whose point of departure deals with conflicting feelings towards modern music that is typical of their generation : a priori they feel sympathy toward novelty, combined with antipathy towards “avant-garde” for the sake of avant garde; they will seek to discover other cultural fields of interest (rock, cinema, theatre) but they distrust syncretism ; they are earnest and ironic ; etc.

This is clearly reflected in their programming, which covers a very wide spectrum of styles. In order to counterbalance this eclecticism, to put themselves on the line with every performance and in order to turn each concert into a moment structured in time, Ictus favours concerts organized around a central theme (fragmented time, concise forms, the nocturnal world, irony, the repercussions of popular music…). They also give portrait-concerts (Magnus Lindberg, Luca Francesconi, Emmanuel Nunes, Steve Reich, Toshio Hosokawa,…).

In collaboration with the Brussels Philharmonic Society, Ictus proposes between six and ten intra muros concerts that are always met with great enthusiasm. As a matter of fact, in three seasons’ time (1994-1998) Ictus has established a name for itself on the international music scene. The ensemble has already performed or will shortly be performing at the following festivals : the festivals of Utrecht, Montreal, Ars Musica in Brussels, Vienna, Tokyo, Ircam in Paris, the Strasbourg Musica Festival, Octobre en Normandie, the festivals of Donaueschingen, Helsinki, Royaumont, Freiburg, the Bartok Seminar in Szombathely, the Wittener Musiktage, the Festival d’Automne in Paris, the Berliner Festwoche, …

Founded by Pierre Boulez, l’Ircam, Institut de Recherche et Coordination Acoustique/Musique (Research Institute for the coordination of Acoustics/Music) is an organization associated with the Centre Georges-Pompidou, and since January 1992 has been directed by Laurent Bayle. Ircam is engaged in crossover studies on computer technology and acoustics in music. It has many exchanges with important universities and research institutions. Collaborations with private partners enable the Institute to valorize developments. The aim of research at Ircam is to develop general tools and methods that composers can use, and that will assist in the discovery of new musical forms. Ircam invites a number of composers to work in its studios every year, and stimulates the production of new works utilizing the results of its research. The Institute organizes several educational programmes, in particular two Doctoral programmes, an annual course in composition and computer music, a workshop in computer music and a summer academy. In 1996 Ircam opened a multi-media library and new premises for its educational activities.